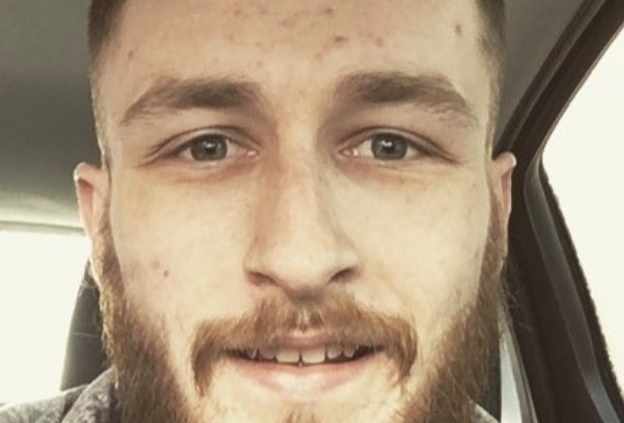 In 2013, Jordan found his grandfather, who had sadly taken his own life.

Traumatised, Jordan felt guilty, broken and like an empty shell who couldn’t see a future for himself, nor wanted one without his granda. He attempted to take his own life but thankfully was unsuccessful sending him on a path where his journey with Lighthouse began.

During his time with Lighthouse, Jordan availed of many services which were offered to him, including counselling and art therapy.  Each one helping bring him back from the dark place he was in.

However, for Jordan, it was group therapy and the continued help of Gary Symington, Lighthouse’s Mentor Training Coordinator and Lynsey McGuinness, Youth Volunteer who brought him fully back and pushed him further than he ever thought he could go, encouraging him to find healing through his artistic side.

Going to Holland for a week of improv with another member of the therapy group, Orlaigh, and acting in Mepal Town centre and theatres around the town, Jordan met amazing people and listened to their own mental health struggles.  Jordan also visited Switzerland on his own, spending a week learning how to bring people together through drama.

Building on his experiences he has worked with the Mac in Belfast to organise a performance around mental health that he starred in.  Since then, Jordan has started to write stories and plays again, is performing on stage with a drama group and has won multiple best actor awards.

Through Lighthouse, Jordan has worked with Comic Relief to raise awareness around mental health and the support that is available.  Jordan has gained the confidence to listen and support people he meets who are suffering and is learning to be the best person he can every day.

He has also learned that he will always have help from people who care for him and has come to realise that he is, in his own words, “good enough” but most importantly says that he has achieved everything because of the help and guidance from those who work at Lighthouse and will be forever grateful for the support he received.

Abseil the iconic Belfast Castle on Thursday, 17th November!
Scroll to top
Powered by Precept IT