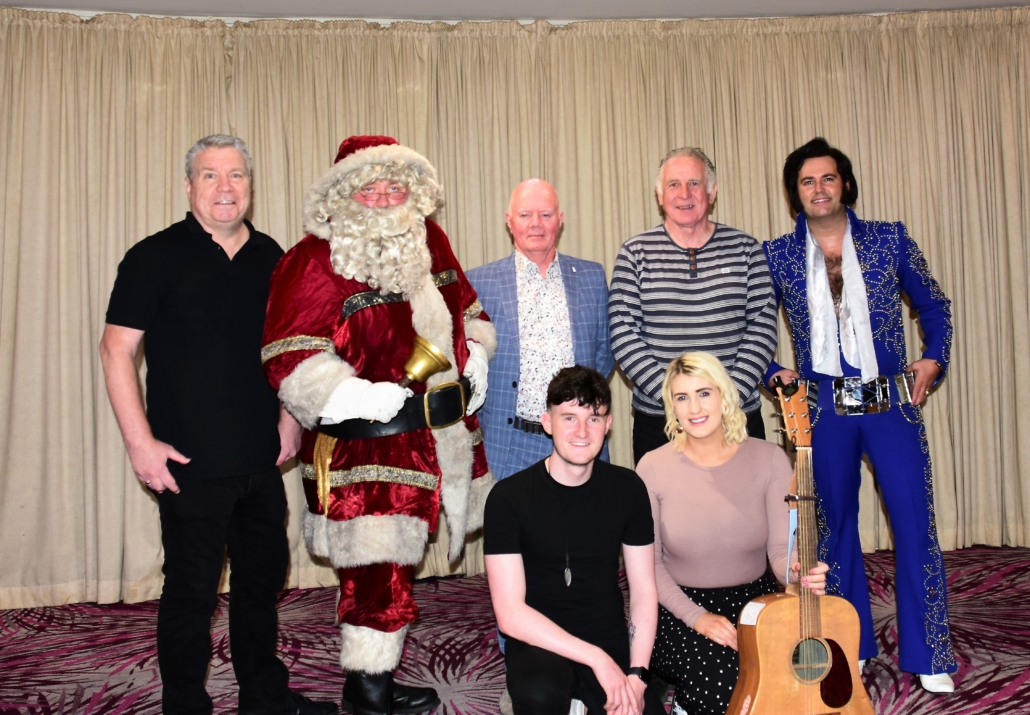 Hastings Hotels recently launched their Christmas entertainment schedule at The Stormont Hotel, Belfast and unveiled that Lighthouse Charity will be the charity beneficiary for Christmas shows to include Brian Kennedy concerts (with support artists Odhran Murphy and RUE), Christmas party nights featuring Abba, Tina Turner, Elvis, Queen and Neil Diamond Tributes. Football legend Gerry Armstrong and U105’s Johnny Hero also announced that they will be ambassadors for the charity.

Lighthouse, which was established in 2003, is an organisation committed to the prevention of suicide, self-harm; the promotion of positive mental health and the provision of support services to families who have been bereaved by suicide.  The charity has grown since its inception as a response to a community problem with the exceptionally high incidence of suicides in the North Belfast area and now works across Greater Belfast and beyond.  The charity provides a beacon of hope to individuals, families and communities as well as providing preventative support services which aim to save lives, offer advice and support to those affected by suicide and self-harm.

Mr Paul Finnegan, Executive Director at Lighthouse said “We are absolutely delighted that the Hastings Hotel Group has nominated Lighthouse as their charity for the Christmas season.  We see this relationship as pivotal in promoting positive mental health and creating an awareness of Lighthouse.  With the impact of the pandemic on organisations and individuals there has never been a more important time to look after our mental and physical health and of the health of those around us.

“We cannot wait to get to work with the team at the Stormont and Europa hotels and already the hotel group has shown such passion for our cause and we look forward to making a real difference with their support.”

For further information on the Christmas Party Nights, which will support Lighthouse, check out Ticketmaster.